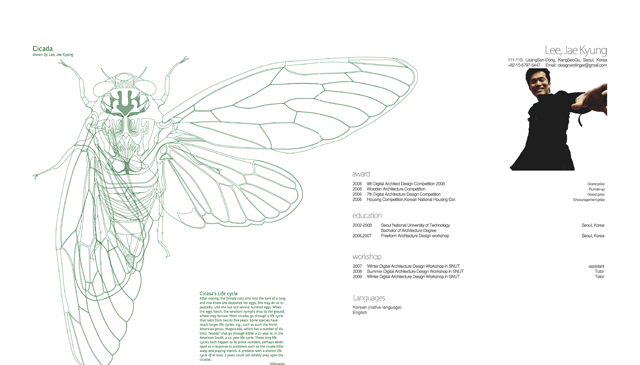 Master of the Graduate School of Housing

This is a challenge of a minimum budget for the small townhouse. Korea has 4 seasons, there is huge temperature variation. So it is difficult to reduce material for insulation and air tightness. I try to compact and minimal design and cheap material can be work properly. For design development, I use a drone for site surveying, make 3D site model by Pix4dmapper software. This new procedure was successful. Just one time to visit the construction site, I can get all information for design development. That site 3D model from drone image, can be added with Rhino 3D model.

Daegu Bank, a local bank in Daegu area, want to use fully BIM technology for their project. My team supported MEP part for construction. We submitted constructability review report, weekly crash report, and as-built model for FM. There are some problems when we try to make an as-built model. Because the construction worker doesn’t follow drawing when they install MEP. The construction drawing didn’t match with real site condition, they just MEP install as per their experience. We had to check what is different at the site of ourselves. For reducing surveying time we develop a tool that can record 360-degree video with 5 GoPro camera and Fisheye lens. https://www.youtube.com/watch?v=blk6rLm2_08

Community Housing development for the special people who want to make a good family. And this living type contains a home office at the basement. This house has 4 units and separated vertically. Each unit has 4 stories include basement, and all stories are separated two different level by the different function. And there is no door and closed space, all space are continuous.  This project has been planned by leejaekyung studio and has been constructed by leejaekyung studio as well. http://h111-110.kr

Very high quality of detailed BIM is required for this project. Hyundai Construction had to develop unsolved detail for construction. I worked for Hyundai’s BIM engineer and BIM coordinator. Solve concrete structural detail at the concrete and landscape interface part. And I solve Freeform concrete detail for manufacturing.  Modeling development about informal structure such as stair, drain, upstanding, and landscape. Coordination more than 100 RFI issue in all interface each part. Coordination with the subcontractor’s BIM modeler and help their BIM submission.

This project was a challenging project for my team. It is the first time to make all MEP BIM model by ourselves. We involved at the design development phase. Before the construction phase, we submit workability report to the client. And at the construction phase, we provide 4D simulation, quantity report, construction schedule check, crash check report, and As-built modeling. And for the Lobby stone wall fabrication which is the double curved surface, we offer stone paneling detail and CAM information for the manufacturer.

Hanlim E&C, Hyundai’s sub-contractor, has 40 items which are all of the miscellaneous steel items and envelopment’s metal decking. This building was designed looks like the desert rose which is natural sculpture. This building has hundreds of roof and vertical disks, each connection detail is unique. But the primary steel design was just formal steel structure style, so Hanlim had to solve metal decking detail by self. I coordinate with Glazing, insulation, secondary steel, and FRC panel parts. Submission metal decking BIM model and gutter, gargoyle, drainage channel, handrails etc.

Hankook Tire, the biggest car tire company in Korea, want to make tire TV advertisement. We make a prototype for that AD. They request make a tire, it can move without formal engine system. And also that tire can be controlled by human EEG(electroencephalogram) without handle, wireless. We use EEG module for the control, use electric in-wheel motor. Development electric control steering system, electric brake system, and in-wheel motor. Coordination with Advertisement team and car exterior design team. http://tndl.hankooktire.com/kr/main/index.do

I had develop microhouse which is made by one person. This house can be put on the any kind of ground and also it is not heart the nature. I focused on the sustainablity of human’s life. I try to reduce the modul price, so I used local material and design detail for the easy assemble.

Jeffry Warren who is founder Public Laboratory in Boston, developed Parurino that is made by Peru local parts. We made one prototype and made a workshop that making Parorino for the Artists who located in Lima. Also made a fund for that workshop,it can be sustained without us.

Korean media artist Song-ho jun’s project. (http://hhjjj.com) An apple ripens as it gets attentions from people (as people take photos of the apple wth flashlight). I had design apple shape steel frame.

When construct freeform building, it’s very difficult to find exact location for all parts. So, we’ve been developing AR tool for that situation. Trying to use OpenCV(computer vision library), Microsoft Kinect fusion library, and IPad. We’ve been test first demo that based on marker, at the Qatar National project.

When we had worked on the big project, There are a lot of issue for collaborate and coordination by 3d model, especially model’s version control. This project is to make web-based model sync system and it can be real-time version control. We’d announced first version service on the web.